Pamp Suisse is the most worldwide-popular brand that creates bullion bars. PAMP stands for Produits Artistiques Métaux Précieux in French which when translated to English means "Precious Metal Art Products". Pamp was established in 1977 in Ticino, Switzerland and has quickly become one of the most popular refineries in the world that make gold, silver, platinum, and palladium bullion bars. Throughout Pamp's history, they have created many new products and services. As a result, they have upheld a market share of around 50% of all gold bars where the weight is 100 grams or lower.

Pamp Suisse's refineries and fabrication facilities are also sustainably powered. Throughout its history, Pamp has not only been able to meet the regulatory requirements but been able to exceed them. Since 2016, Pamp has been mainly using Swiss hydropower -this is to maximize efficiency while still maintaining environmental stability.

Pamp Suisse is owned by MKS. MKS is the primary parent company of PAMP as well as Mafra, Tordella, and Brookes also known as MTB which is MKS' New York-based distributor for Pamp Suisse products.

The religious bars reveal printed pictures of gods like Buddha, Fortuna as well as famous religious locations for the world's major religions. The Lunar series is a set of 12 for all the Chinese lunar years with all of the lunar year animals presented on the front of the Pamp Suisse gold bars and is by far the most popular Pamp Suisse gold bars outside of the Fortuna series.

Lady Fortuna is the Roman god of chance, luck, and fortune and has been used on the front of many Suisse gold bars. The bars with this particular design are the most bought and sold bars in the world. They make these in a variety of bar sizes with different weight as well as different metals. The most popular are the Fortuna gold bars. The design on these bars depicts Lady Fortuna blindfolded holding a cornucopia on the front, and the backside shows the 999.9 swiss pamp gold label, which is the gold content. 999.9 swiss gold means that the bar is basically pure gold give or take 0.1%.

Fortuna was mainly praised during the middle ages and prayed upon during harvests and war victories. The reason that she is depicted with a blindfold is to represent blind luck as she did not care who she bestowed luck and fortune upon. The cornucopia, otherwise known as the horn of plenty, represents wealth and prosperity.

Pamp Suisse gold bars come in many different sizes and can variate in price based on the type of precious metals used, the sizes, and the metal content. Other than the one-ounce one, the most popular ones are the 100 gram and 10-ounce bars as they have a lower premium per ounce of gold used to create the bars. The 100 gram has become very popular among immigrants as they are more familiar with the metric system.

Smaller bars, such as the 1 gram, 5 gram, and 10 gram, are mainly used for those looking for small denomination gold bars. These smaller bars such as the 1 gram and 5 gram appeal to those on a tighter budget or those who want to give the gift of gold without spending upwards of two thousand dollars. Furthermore, those who may believe that the economy is bound to collapse and paper money will become invalid, in this scenario small units of gold would retain value and could be used to barter and make smaller trades for goods and services is a crisis such as over inflation and other circumstances.

Although most well-known for their Minted bars, Pamp also does create Cast bars. Cast bars are created through the use of a process called "molding". This is where they heat up the precious metal being used until it melts and reaches liquid form. Then the liquidized precious metal is poured into a mold that is shaped to form the bar into any desired shape. After being poured into the mold and removed from heat, the liquid metal quickly returns to solid form and takes the shape of a bar.

These Cast blocks can come in many different sizes as there are many different sizes of molds. The benefits of buying cast bars are that because they take less effort to make and they are cheaper if the buyer cares more about the gold content over the rarity of the type of bar, for example, Fortuna, Lunar bars, etc.

Some of the Pros and cons of Cast bars include:

Minted Bars are the most popular type of gold bars that Pamp Suisse sells. These bars, unlike the cast bars, come in uniform sizes and boast a much more intricate and finer design. These types of Suisse gold bars hold value not only because of their gold content but by their design as well. The process of manufacturing minted gold bars is similar to the manufacturing process of a gold coin. A blank is created from a sheet of gold, rectangles are stamped on them, and then a die with the image for that bar, including the serial number is stamped using a hardened steel die.

Veriscan is Pamp's anti-counterfeit system and technology. If an investor wanted to validate the authenticity when they buy some bars, the technology provides excellent means of authenticating that the bar was made by Pamp Suisse. Here are the basics of how the technology works:

The troy ounce is a unit of measure first recorded in Troyes, France and has become the standard unit of measure in most of the world. The value of 1oz gold bars is determined by the gold price along with a small markup to account for the manufacturing and distribution costs. The spot gold price is determined on commodity exchanges and the price per weight updates second by second during market hours. The three most commonly purchased weights of gold bars by the general public are:

Where can I find Pamp gold bars for sale?

We provide fully insured shipping when you want the convenience of ordering online and the ease of taking delivery at home. Many people who want to buy gold in the San Francisco Bay Area prefer to pick up in person so that their bars can be demonstrated to be authentic before leaving with their gold.

Visit our stores in Cupertino, Fremont, and Sausalito to get a first-hand experience dealing with these precious bars - we're available throughout the San Francisco Bay area.

Pacific Precious Metals offers an upscale environment in each of its locations where individuals can sit down and speak to a representative who can explain all the benefits and intricacies of the gold markets. 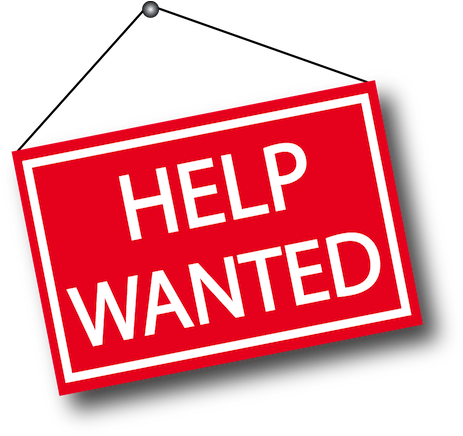 We need part time help in our Palo Alto, Fremont, and Walnut Creek locations. 2-4 days per week, including Saturdays.