Gold - When will the Bleeding Stop? 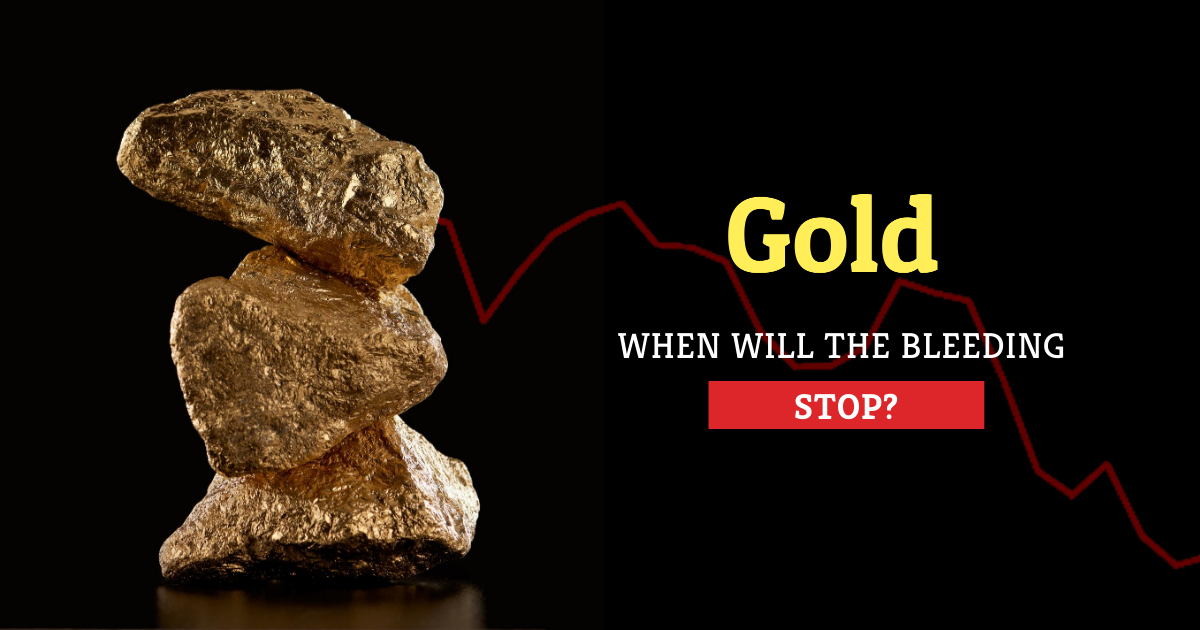 Gold has been in a declining environment since last August when it peaked at around $2070. That is a six month declining price environment. In total about $390 of decline. That’s significant. But does it mean we are now back in a bear market? Or is this just a consolidation before the next leg up, which could be much more powerful? And has the dramatic sell off over the past 10 trading days been a sign of capitulation among short term traders? I’ll weigh in below. It’s just my opinion and we are all entitled to an opinion. At least until the woke mob gets its way.

Gold is massively oversold on every technical indicator I use, so a decently strong bounce is likely (although I have been saying that for about two weeks now). There are a lot of competing issues which are driving the price of gold. Recently, the arguments for a declining price have been much more powerful on the price than those to move the price higher. Here are some of the arguments for not owning gold right now, which translates into a declining price:

But there is also a strong argument for owning physical gold right now. Here are some general comments:

So the answer to my question in the title. Gold will stop going down in the short term as soon as we have either a whiff of inflation above consensus expectations OR yields on Treasuries reverse and start heading lower.

Here is a question I don’t have an answer to and it relates to how concerned the Federal Reserve or Federal Government is with higher interest rates. Let me know your thoughts.

Is the both the Fed and Federal government’s concern the effect that higher interest rates have on economic growth?

Please email me your thoughts. dbarrett@aureuspos.com